The history of our family has been linked to the production of resin since the beginnings of the 20th Century.
Pedro Criado was the name of the forerunner in our long involvement in the production of gum rosin and turpentine. Being both an expert and a businessman, he decided to open up four resin factories, and built all of them in the province of Segovia. These factories were located in the small towns of Zarzuela del Pinar, Lastras de Cuellar, and Pinarejos.
The factory that was originally placed in Zarzuela del Pinar is the one that has been kept opened throughout the years. It is around this factory that the resin-making family’s tradition has been preserved. After its foundation by Pedro Criado, the company was renamed Hijos de Tomás Criado (Sons of Tomás Criado). In 1996, the company changed its name again to ACM Resinas. Since then, the factory has been operating under this name in both the national and international markets. 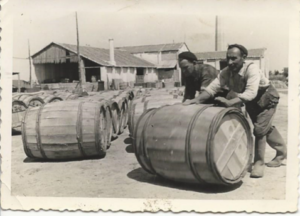 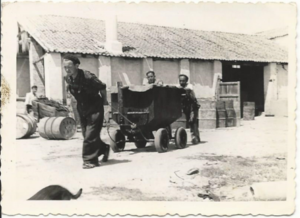 Gum rosin for the international industry

Our gum rosin rigorously fulfills the established quality standards. It also meets the needs of our customers, as it is a basic substance for the development of a great variety of products within a wide number of industrial sectors, such as the chemical industry (glues, printing inks, paints), the food industry, or the cosmetics and pharmaceutical industries. It is also needed to produce sterified colophone resins, maleic colophone resins, etc. as well as to produce a long and amazing list of products that are very common in our daily life.

Providers of gum rosin | Gum rosin for the European industry

Contact and main Services
Reasons to choose us as providers